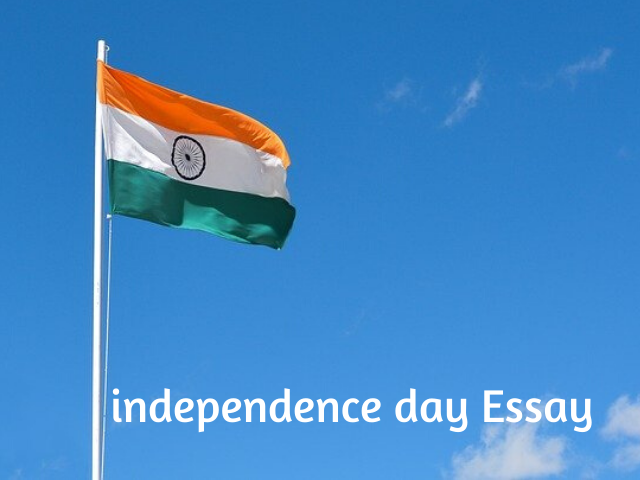 Moreover, independence day is a special day to honour the martyrs and freedom fighters for their great sacrifice. Different nations often celebrate their Independence day in various ways. In India, the President delivers the “Address to the Nation”, and the Prime Minister hoists the Indian flag. Twenty-one gun salutes are performed in honour of the occasion. Other nations, such as the United States observe their Independence as a national holiday. Families often host picnics and gather with friends and relatives.

From an academic perspective, students must practice this topic as it is often asked in exams. Following are sample essays, along with useful tips to secure more marks.

For over 200 years, the British ruled India. India was declared an independent country on August 15, 1947. It also coincided with the partition of India and Pakistan. Ever since then, India grew and developed into a formidable nation. Today, Indian Independence Day is a landmark event in the history of India. August 15th is observed as a national holiday and celebrations are performed on a grand scale.

The President of India delivers the “Address to the Nation” on the eve of Independence Day. This is followed by the Prime Minister hoisting the Tri-coloured Indian flag in Delhi’s Red Fort. A special 21-gun military salute is also performed in honour of the occasion. The Prime Minister also delivers a speech, highlighting the achievements of the nation.

At the state level, the Chief Minister of their respective states deliver speeches and unfurl the national flag. Even schools and colleges conduct flag-hoisting ceremonies followed by marches and parades. Citizens showcase their patriotism by adorning their faces, clothes and accessories with the colours of the Indian flag.

In conclusion, independence day is a cause for celebration. It is also the day where feelings of patriotism are invoked.

Why do we celebrate Independence Day?

India celebrates its Independence Day on August 15th every year. We pay homage to our freedom fighters and martyrs that have fought tirelessly for our country. Moreover, this day brings a feeling of intense patriotism and love for the nation.

How do Citizens Celebrate Independence Day?

Though Independence Day is a national holiday, citizens actively take part in many festive events. Every citizen showcases their patriotism by adorning the colours of the Indian flag on their clothes, faces and vehicles. People also sing the national anthem on this day. Schools and colleges also hold special events such as flag hoisting, marches and parades and exhibitions showcasing various historical and cultural aspects.

Celebrations at the National Level

On this day, the Prime Minister of India hoists the Indian flag at the Red Fort in New Delhi. The President of India delivers the “Address to the Nation”. Furthermore, a military salute is performed, where 21 guns are fired in honour of the event. The major forces – the Indian Army, Indian Navy, and the Indian Air Force along with the paramilitary forces perform marches and exhibit their arsenal and state of the art equipment. Moreover, parades are conducted, showcasing various Indian cultural traditions and themes. These events are broadcasted on national television and are viewed by millions of people.

Question 1.
Why do we celebrate Independence Day Essay?

Answer:
Independence day is a special day to honour the martyrs and freedom fighters for their role in attaining freedom for a country. Moreover, this day is celebrated to invoke or inculcate a sense of patriotism and love for the nation.

Question 2.
What is Independence Day and why do we celebrate it?

Answer:
Every Year we celebrate Independence Day on August 15th on the honour of our great freedom fighters.