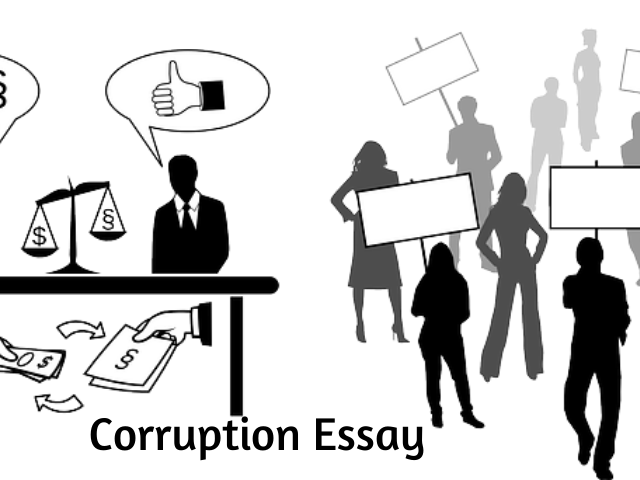 Corruption Essay: Corruption in India is rising day by day. It is one of the mental diseases spreading among the people in today’s world. It is spreading in politics, government, public, industries, and businesses. It has been widely spread in society from ancient times. It has become a public issue that affected India’s economy of the state, local, and central government agencies. It is rising due to the decrease in the intensity of honesty in society. Even after many years of independence, people still fear economic slowdowns, security, inequality, and bias in society.

Short Essay on Corruption in In 500 Words

Corruption means immorality, greediness, criminal activities, use of power for personal gains, and dishonesty. Nowadays honesty and integrity are necessary for governance, judiciary, workplace, businesses, and relationships. Most of the cases, respectable and high authority people are susceptible to corruption. Corruption reflects greedy and selfish attitudes of people including bribery or embezzlement activities. In every sphere of life, people are taking bribes to process any work. For getting any job or paying tax or in elections or in politics wherever we go everywhere we see only corruption. For example, a person has to pay lakhs of rupees to the higher authorities to get a government job irrespective of fulfilling the eligibility criteria.

How to Control Corruption

Question 1.
What is Corruption?

Question 2.
Why is corruption rising in society?

Answer:
It is rising due to the decrease in the intensity of honesty in society.

Question 3.
What are the methods of corruption?

Question 4.
How corruption impacts on the political system?

Answer:
Corruption weakens the political system and damages the supreme value of the law which rules society.

Question 5.
How corruption impacts on the environment?

Answer:
Corruption impacts on the exploitation of natural resources and ecological balance. The politician’s, Govt officials, private industries, etc. deteriorate the environment for their advantages. So, deforestation, irregular mining occurs due to the bribes taken by the government officials.